Platform has been launched in November 2015 under the leadership of Bruno Jarry, NATF (FR)

The purpose of the Bio-economy Platform

Bio-economy definition relates to the sustainable production of biomass (plants, trees, algae, organic waste) and its transformation into a range of products for human food, animal feed, chemistry, materials and for energy production. The Bio-economy concept makes possible to by-pass the wrongly autonomous character of the non-food uses to include all the complementarities and concurrences between the food, chemistry and energy systems, all three based on biomass as a raw material.
OECD in a recent report describes Bio-economy as one of the next frontiers in technological innovation which should thrive enormously during the next 30 years. EU Commission issued its own report in 2012. During the same period many countries, including several EU Member states (Germany, the Netherlands, UK and the Nordic countries), have already published their own charters defining their national industrial and scientific strategy in the broad Bio-economy field.
The creation of a Bio-economy Platform inside Euro-CASE was definitely approved during the Euro-CASE Board on November 3, 2015. 9 academies already nominated their representatives to the Platform. It is expected that a few more will join at a later stage.
Bio-economy is one of the important programs for Europe’s future. The European Commission has devoted a lot of time and effort during the last 5 years in order to promote it and build a special line in the Horizon 2020 budget for R&D and innovation projects in this field. In addition to the Science, Technology and Innovation Directorate, other parts of the Commission are also involved in structuring this field which could become an important factor for economic growth in Europe during the years to come.
The Bio-economy Platform’s goal is to review the progresses of Bio-economy inside the European member states, identify limitations to its development and formulate to the Euro-CASE Board recommendations which could be useful for overcoming them.
Meetings with the Commission indicated that it is strongly in needs of advices on the limitations of the present policies, its interlocutors being most of the time either researchers with a limited view on the big picture or companies with very specific demands. 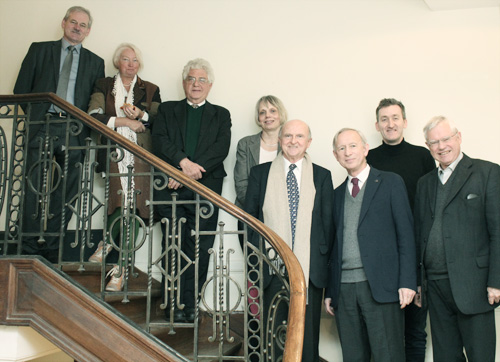