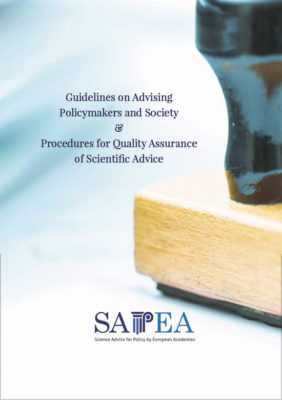 SAPEA provides scientific advice for policy within the context of the Scientific Advice Mechanism (SAM) of the European Commission.1
This document sets out the SAPEA guidelines on advising policymakers and society, as well as internal procedures for quality assurance of scientific advice. The aim is to assure the excellence and independence of SAPEA’s policy advice through the provision of clear guidelines. Scientific advice for policy provided by SAPEA will be done in the form of evidence review reports.
The procedures described in this document are a first version and might be revised in due time.

1 Here science is understood in the sense of German “Wissenschaft” i.e. it includes ALL disciplines 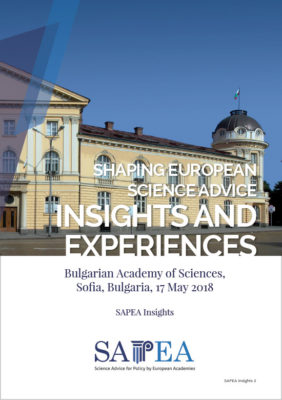 Hosted by the Bulgarian Academy of Sciences 17 May 2018

Key insights from the symposium.
Timeliness and a good understanding of the policy process are vital for science advice to have impact. Training is crucial in this context.
Scientists must understand their role when providing advice. They are brokers, not advocates.
It has to be acknowledged that science advice is an important part of the policy-making process, but that it is not the only one.
The fruitful interaction and partnership between policy and science depend on trust. Trust needs to be built and trustworthiness needs to be deserved.
Stakeholders need to be brought into the process of gathering scientific evidence.
Transparency and integrity need to be upheld during all stages of the process.
Interdisciplinarity is key.
Permanent scientific advice structures and mechanisms could be a means to ensure stable advice in rapidly changing policy contexts.
Structures need to be developed to reward scientists who engage in science advice activities. 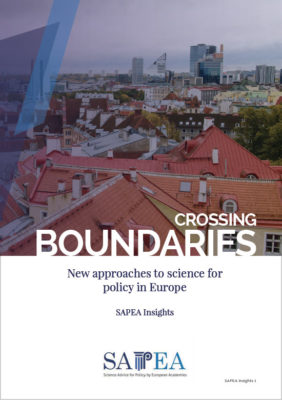 Crossing Boundaries New approaches to science for policy in Europe

Hosted by the Estonian Academy of Sciences 13 October 2017

Key messages of the conference.
Collaboration within and across sectors is essential to success.
Social sciences and humanities play a vital role in policy advice.
Scientists must engage with the public, not just inform them.
International challenges require an interdisciplinary approach.
Citizens’ concerns must be understood by scientists and policymakers.
Creating inclusive communities for shared learning and dialogue is.
The way forward.
Permanent scientific advice structures and mechanisms could be a means to ensure stable advice in rapidly changing policy contexts.
Structures need to be developed to reward scientists who engage in science advice activities.

Report Interactions between academies and with policymakers 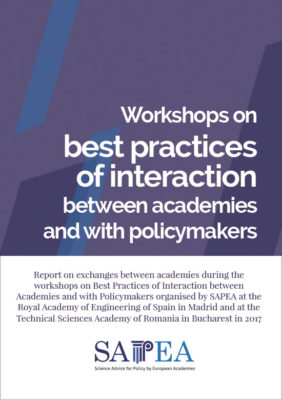 Workshops on best practices of interaction between academies and with policymakers

Report on exchanges between academies during the workshops on Best Practices of Interaction between Academies and with Policymakers organised by SAPEA at the Royal Academy of Engineering of Spain in Madrid and at the Technical Sciences Academy of Romania in Bucharest in 2017.